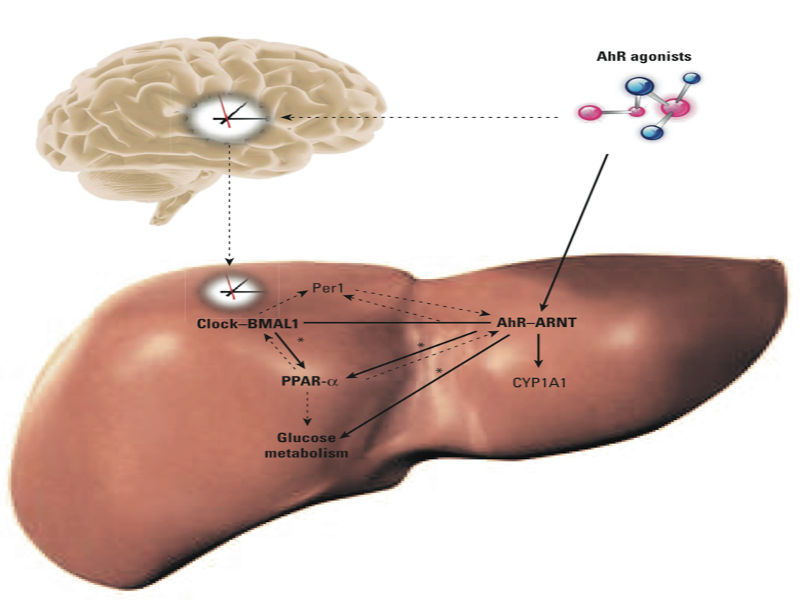 This article contains affiliate links which are marked with an asterisk (*).

Hepatic encephalopathy is a good example of how protecting the health of a single organ can protect our overall health and well-being. In the case of hepatic encephalopathy, protecting your liver* will prevent the behavioral, mood, speech and sleep changes and movement dysfunctions that comprise the syndrome.

The liver performs many essential tasks, including recycling blood cells and metabolizing fat to produce energy, but neutralizing toxins may be its most important chore. Hepatic encephalopathy (HE) develops when a liver is no longer able to neutralize those toxins. The syndrome can develop slowly over time or, seemingly, out of the blue when active toxins enter the bloodstream and make their way to the brain.

We’ll start by discussing the symptoms of HE, and the possible consequences of allowing it to move into the advanced stages.

Each of these symptoms can be indicative of another illness or disorder, but they should always be investigated by a physician, especially if you have never experienced the symptom before. You do not want to ‘wait and see’ with anything beyond the questionable breath. If HE gets to an advanced stage, you can look forward to hepatic coma (coma hepaticum) and possibly death, if not diagnosed and treated in time. And even if you are successfully treated in the advanced stages, and your life is saved, you may have to live with permanent brain damage for the rest of your life. So, early diagnosis is the goal. But more than that, you want to prevent the development of HE altogether.

To prevent HE you must protect the health of your liver*. As previously stated, HE is a consequence of liver damage and failure. Some causes of liver failure are not avoidable – genetics and immune system abnormalities, are examples. But many causes are very much under our control.

As everyone knows by now, alcoholism and alcohol abuse can (and often does) lead to cirrhosis of the liver. Getting help for alcohol addiction is the only way to prevent liver damage* caused by alcohol abuse. Whether that help is in the form of a 12-step group, like Alcoholics Anonymous, or a treatment facility, like Betty Ford Center, it can save your liver, your brain, and your life.

Cirrhosis is also caused by the viral infections Hepatitis A, B, (most commonly) C and (very rarely) D. Preventing infection is important, and can be as simple as regularly washing your hands after handling foreign objects and touching doorknobs. But using condoms when engaging in sexual intercourse, and ensuring that your partner has not tested positive for any form of Hepatitis (or any other STI) is also important.

Unclean food and water are also sources of hepatitis infections. And, obviously, you want to avoid coming into contact with the blood, stool, semen and other bodily fluids of an infected person. Some foods also put you at greater risk for hepatitis infection – raw and undercooked meat and fish, dairy products, and food sold by street vendors (no shade to street vendors intended). Also, at present, you can get a vaccine for both Hepatitis A and B at your doctor’s office.

Not sure what cirrhosis is? A description from WebMD:

“Cirrhosis is a slowly progressing disease in which healthy liver tissue is replaced with scar tissue, eventually preventing the liver from functioning properly. The scar tissue blocks the flow of blood through the liver and slows the processing of nutrients, hormones, drugs, and naturally produced toxins. It also slows the production of proteins and other substances made by the liver.”1

The exact cause of nonalcoholic steatohepatitis, also known as nonalcoholic fatty liver disease, is unknown. But risk factors for the disease include being obese, having gastric bypass surgery, high levels of triglycerides in your blood, and type 2 diabetes (adult-onset diabetes). All of these things are avoidable. Nonalcoholic steatohepatitis can lead to cirrhosis of the liver. Following, is a detailed description of the disease, from the National Institutes of Diabetes and Digestive and Kidney Diseases:

“Nonalcoholic steatohepatitis or NASH is a common, often “silent” liver disease. It resembles alcoholic liver disease, but occurs in people who drink little or no alcohol. The major feature in NASH is fat in the liver, along with inflammation and damage. Most people with NASH feel well and are not aware that they have a liver problem. Nevertheless, NASH can be severe and can lead to cirrhosis, in which the liver is permanently damaged and scarred and no longer able to work properly.”2

While Cirrhosis is, obviously, the most common cause of liver damage and failure (in the West), damage can also be caused by household products and medicines. The liver (and the kidneys) are affected by any substance that enters the body. These include:

HE is treatable by medical professionals – drug therapy or liver transplant – and the brain and motor dysfunctions it causes are reversible if caught in the early stages. But, obviously, it is preferable to prevent HE by protecting the health of your liver*. There are many other genetic and environmental factors that can damage your liver as well and, in turn, your brain, but we can only act to control that which is in our power to control.